A Brief History of the Northwoods Wildlife Center

Our Mission: Providing a better future for wildlife through rehabilitation, education, and research. 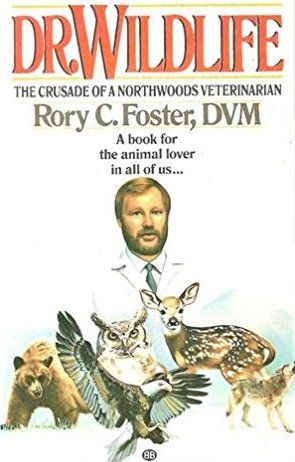 The culmination of a dream of local veterinarian Dr. Rory Foster and his wife Linda, the Northwoods Wildlife Center was incorporated in 1979, and became a separate entity from his veterinarian clinic, Foster-Smith Animal Hospital in Minocqua, Wisconsin after a 2-day old fawn with a broken leg was admitted to his clinic. The Fosters were determined to help.  Soon after the fawn arrived, the Fosters began treating multitudes of other wild animal species brought to the clinic by concerned citizens.  It was then decided that the Fosters would form a non-profit organization dedicated to helping injured wildlife. The Northwoods Wildlife Center wildlife hospital was built next to the Foster-Smith Animal Hospital and was officially opened on June 19, 1982, becoming one of the first wildlife hospitals in the Midwest.

Dr. Rory Foster’s first book, Dr. Wildlife, is the story of how the hospital came into being. In his second and final book, I Never Met an Animal I Didn’t Like, Dr. Foster continued his story and the activities of the Northwoods Wildlife Center.  Unfortunately Dr. Foster passed away in 1987 at the age of 37 from Amyotrophic Lateral Sclerosis (ALS). His dream and passion continue to be carried on by past and present staff, volunteers, supporters, and interns.

You can also learn more about the Northwoods Wildlife Center by reading Wildlife Hospital by Sybil Ferguson.  Copies of all three books can be found online.

Our History
This form needs Javascript to display, which your browser doesn't support. Sign up here instead
Close