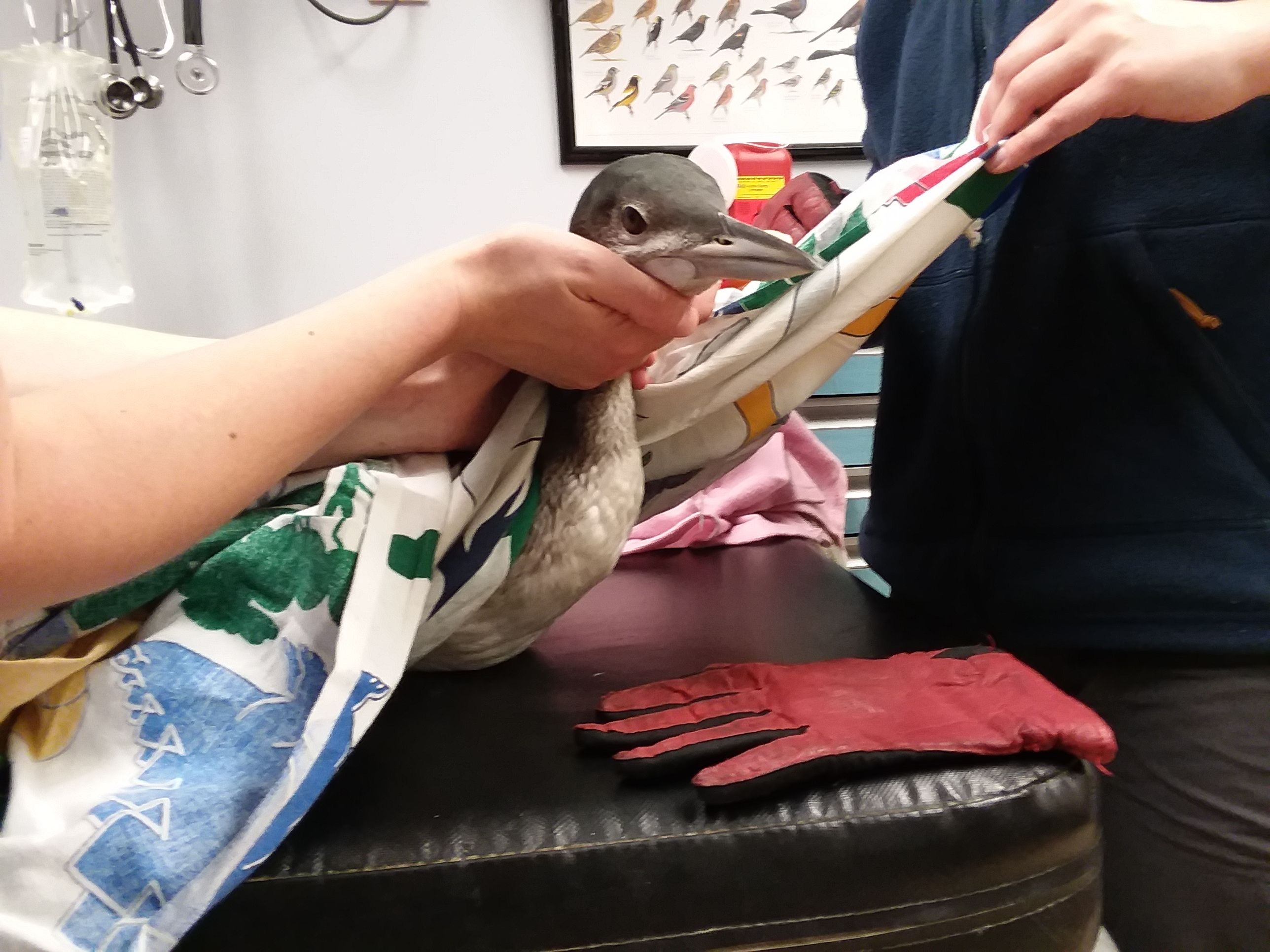 This juvenile Common Loon was admitted for care on October 13th after being attacked by eagles on Little Spider Lake. He was extremely lethargic and emaciated, chilled to the touch, and both legs were not responsive to stimulation.

Despite our initial concerns of the loon’s condition, the situation seems to be improving for this guy! He is tube-fed a piscivore diet 4x a day to increase his weight, he has become more alert and active, and no internal bleeding or injuries were found in his x-ray!

The next steps in his recovery are to test for lead toxicity and to begin feeding him live minnows. Want to support his recovery? It costs roughly $25/ day to feed a loon.

** This is a very important time of year for Common Loons. Many adults have begun their migration south. Juveniles, however, will stick around the area through October or even early November. They are often on a race against time, needing to grow strong enough to leave their natal lake before the winter ice forms. Loons are unable to take off from one spot; they must taxi across open water for up to a quarter mile before liftoff! Keep an eye on your lakes as ice sets in and let us know if any young loons are left behind!**

Return To List
This form needs Javascript to display, which your browser doesn't support. Sign up here instead
Close